​The best way to protect and promote our manufacturing, small business, agriculture, educational, technical and health services jobs in the United States is by solving the problems that all-too often come out of Washington D. C.  I will end wasteful spending, high taxes, and excessive regulation and empower the innovative spirit of America.

Securing our borders is a chief responsibility of the federal government and a national security issue. I believe in strict enforcement of our immigration laws and border security to end illegal immigration.  It’s not complicated and it can be done.​ 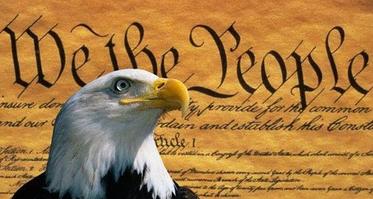 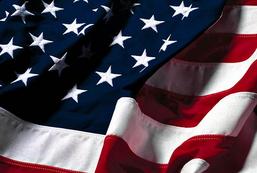 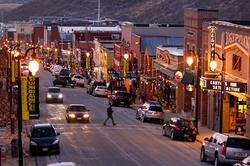 Gold and Silver are tangible assets, cannot be duplicated (manufactured to create a greater quantity such as the money printing), are indestructible, are specified as our money system in the US Constitution, have been considered wealth and a store of value for thousands of years by all previous civilizations, and put the wealth of the nation back in the hands of the people and not the government.
As President I will support  returning the US monetary system to gold and silver. 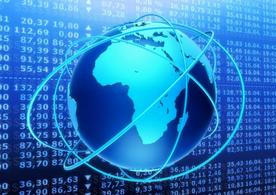 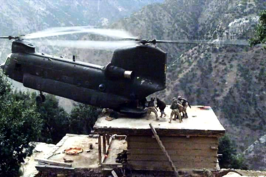 When the United States is assaulted by diseases and pandemics it is imperative the American people receive truthful, verifiable, accurate, timely information to enable them to make their own  intelligent, informed decisions.

As President of the United States I will ensure factual, accurate studies are conducted in a timely manner and information and recommendations regarding the disease and prevention of contagion are made public through my office enabling Americans to make their own decisions regarding their personal safety and protection.

As President of the United States I will not support any mandate or law that forces citizens or businesses to take specific action regarding  diseases or pandemics. 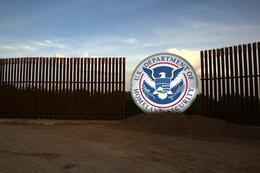 Digital Dollars and One World Government:

The Federal Government and Federal Reserve are putting America on the path to a Digital currency and Universal Basic Income (UBI).  A digital currency is software and can be programmed and manipulated to control the population to act as the government deems in its best interest.  The currency deposited in your account can be Increased or decreased at the will of the government.  This would be an attempt to control the masses.  UBI turns us into a Welfare nation.

This would not be the freedom upon which our founding fathers established this great nation.  Digital currency has many pitfalls and is not the answer and it is being pushed by the International Monetary Fund (IMF), World Economic Forum as well as all of the Central Bankers world wide, including our own Federal Government and Federal Reserve.  See World Economic Forum - The Great Reset

As President I will support the United States retaining its National independence, Individualism and Sovereignty and will not allow us to  become part of the Great Reset - One World Government, Religion or Monetary System. 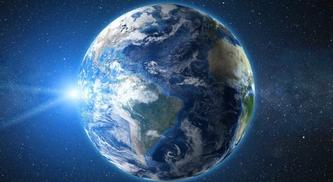 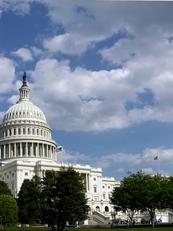 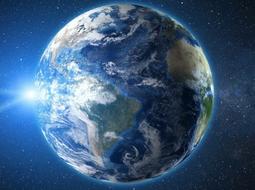 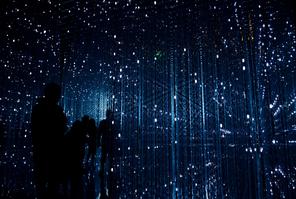 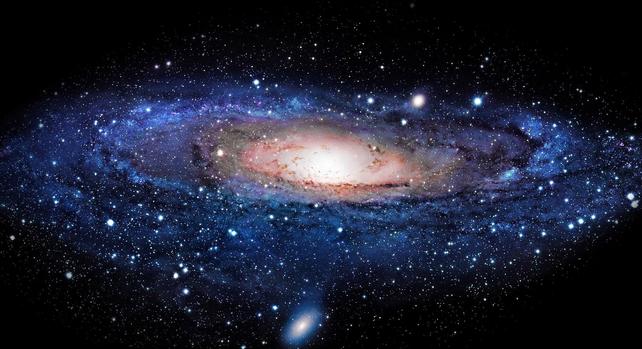 Our Nation is founded on this fact:  “We hold these truths to be self-evident, that all men are created equal, that they are endowed by their Creator with certain unalienable Rights, that among these are Life, Liberty and the pursuit of Happiness.” US Declaration of Independence
The current genocide by China on the Uighur people and the pending genocide of the Tigray’s six million people in Ethiopia will not be tolerated by the United States of America and must stop.  Humane conditions of all people throughout the world is the responsibility of all mankind.

As President of the United States, I will ensure the United States of America formally recognizes and condemns this horrific activity and lead the world in condemning  and putting an end to it.

The United States Should Formally Recognize Genocide in Xinjiang

This is INSANE - Imgur 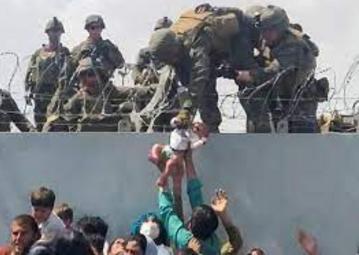 Obamacare passed by Congress is not the answer.  In fact, it will destroy healthcare in America raising cost and reducing coverage.  We need to repeal and replace this critically flawed federal healthcare plan.

I support common sense healthcare reform that will lower costs, preserve quality, end lawsuit abuse and maintain coverage for all Americans including the millions who are currently uninsured.

I believe that good people working together can draft new legislation that will hold down costs, eliminate abuses and assure quality care for every American, from seniors to young families -- without creating a huge financial burden for future generations. 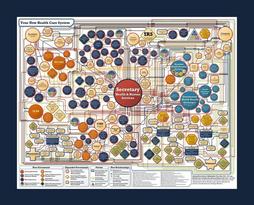 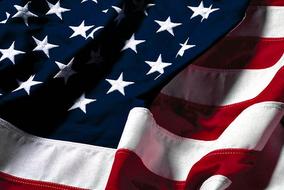 That Marine Lt. Col. Stu Scheller had to go online to let Americans know how incompetent and unqualified the Senior Leadership is, from  President Biden, Secretary of Defense Austin,  the Joint Chiefs of Staff, and the CENTCOM Combatant Commander regarding the Afghanistan withdrawal, turned frantic evacuation, is a testament to the bravery, integrity, and dedication of our military to their country.

As Commander In Chief I will personally conduct a top down, deep dive, review of all  United States Senior Military  Commanders to ensure they have the integrity, loyalty to this nation, and are qualified to command.

Thank you Lt. Col. Stu Scheller for speaking out. Hang in....Help is on the way. 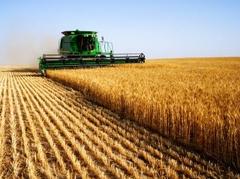 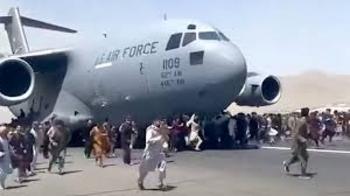 The United States and The World:

The President of the United States is our nation's representative to the world and conveys our views and offers our friendship to our fellow man.

As President I will convey our respect, integrity of word and action, and goodwill to all nations and their leaders and our desire for world peace and freedom for all mankind. 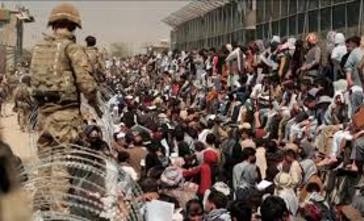 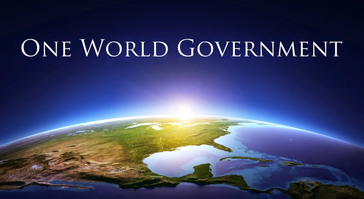 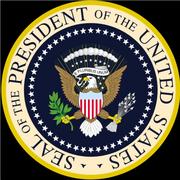 Supreme Court and US Congress vs God:

THE HOLINESS OF GOD 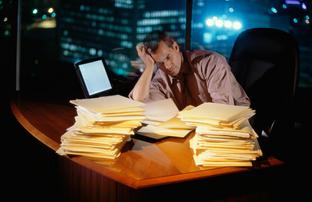 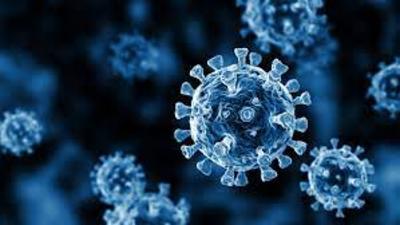 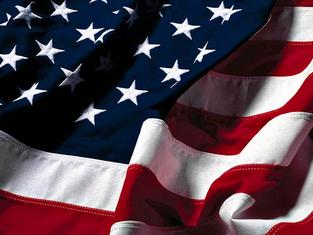 Protecting Our Rights:
The Constitution and the Bill of Rights spell out our freedoms but only our eternal vigilance guarantees them. I will fight to defend all of our rights including the Second Amendment because gun ownership is not just about hunting; it’s about individual liberties and personal protection. 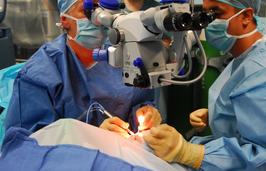 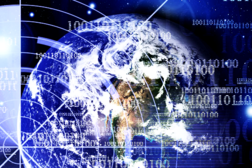 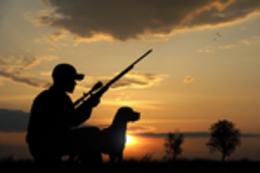 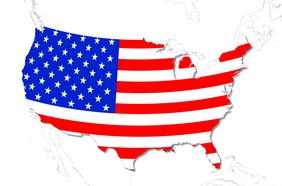 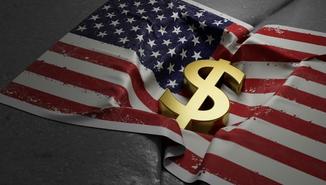 ​​US and Global Economy and Financial System:

The Biden Administration is embracing the Modern Monetary Theory (MMT) which is unrestrained money printing/creation putting our nation deeper in  debt.  This is discretionary spending (in excess of the revenue taken in through our taxes).  Main Street Americans are the ones who will end up paying for this debt through future taxes.
MMT is not free market capitalism based on fair market price discovery but a system in which the central planners try to manipulate and control the economy through interest rate manipulation and forward guidance. This results in a manipulated economy similar to what the Soviet Union tried to do resulting in their economic collapse.  With MMT our country is moving away from Free Market  Capitalism into Marxist Socialism which ultimately progresses into Communism and then an Autocratic Government.

The Federal Reserve is not being truthful with the nation if they are telling us they can print cash and flood the main street economy with dollars.  The Federal Reserve does not control money but can only manage expectations through their forward guidance.

Since the Great Financial Crisis (GFC) of 2007 - 2008, the Federal Reserve QE and interest rate suppression have been ineffective in  bringing economic growth back into Main Street America and has only exacerbated the growing chasm between the wealthy elite and Main Street Americans.

With QE and Interest Rate suppression from The Federal Reserve, the US Stock Market has become totally unhinged from the rest of the Main Street economy and is on an exponential upward trajectory.  This will ultimately end in a crash, decimating retirement accounts, pension funds, and stockholder wealth.

A larger issue, is the global financial system known as the  Eurodollar or Shadow Economy.  It began as a method for banks to enable global funding between countries who had different currencies such as Euro, Franc, Yuan, etc.. Eurodollar as used here denotes banking outside of a country's jurisdiction.  It was, and still is, largely unregulated and unmonitored and has evolved into an undefinable virtual ledger economy and financial system  which is estimated to be valued in the trillions of dollars and is increasingly showing  cracks in the system's stability due to its growing complexity. This complexity includes such things as participants making collateral derivatives, upon the same collateral derivatives, upon the same collateral derivatives as portrayed in activities such as collateral rehypothecation and collateral transformation. These pursuits can continue until the ledger account balancing becomes undefined and unknowable  as illustrated in the leveraging of Synthetic CDOs portrayed  in the movie The Big Short.

The International Repo Market is part of this system and includes global investors primarily  in search of the Global Reserve US Dollars and high quality collateral such as Treasury Bills/Bonds.  Obtaining US Dollars in the Repo Market is achieved when primary dealer banks and other entities lend dollars  for collateral, or collateral for dollars - whichever is in short supply.  If there is a shortage of dollars, acceptable collateral, or the primary dealers do not/are not able to participate, the Repo Market can lock  up resulting in a liquidity crisis and crashing the entire global system/economy.  The 2008 Great Financial Crisis and the liquidity scare in the overnight Repo Market in September 2019 are examples of this.

As President of the United States I will work to stabilize our economy and establish a stable monetary and financial system. 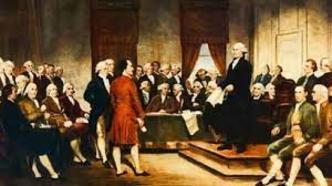 The money you earn belongs to you, not the federal government.   I will work with Congress to establish permanent tax cuts, oppose wasteful government spending at every level and empower American private sector job growth enabling all Americans to find meaningful employment reducing the national unemployment rate and strengthening America.

As Commander in Chief, National Security is a chief responsibilities of the President.  I believe in securing and protecting our nation's classified information, defending our nation against cyber attack and supporting  our hard working military's ability to protect and defend our nation with the tools and resources they require.

As Commander in Chief, I will ensure US withdrawals from  nations are orderly. I will ensure our military, our equipment, and our US citizens are withdrawn in a planned, orderly manner preventing a repeat of the  incompetent evacuations our nation has witnessed in  Saigon, US Embassy and CIA Compound in Libya, and now Afghanistan. 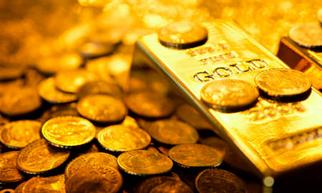 Capitalism in America has not reached the end of its run and if allowed to operate unhindered it never will.   The Federal Reserve must stop misleading the American people to believe they are in control of the financial and economic system in this country and globally because this is not true.  Contrary to popular belief, the Federal Reserve is not all powerful and does not control the monetary and financial systems.  The Federal Reserve does not create money - that is not their job.

As President of the United States I will support Free Market Capitalism with Fair Market Price Discovery and the restructuring of the financial and monetary systems.